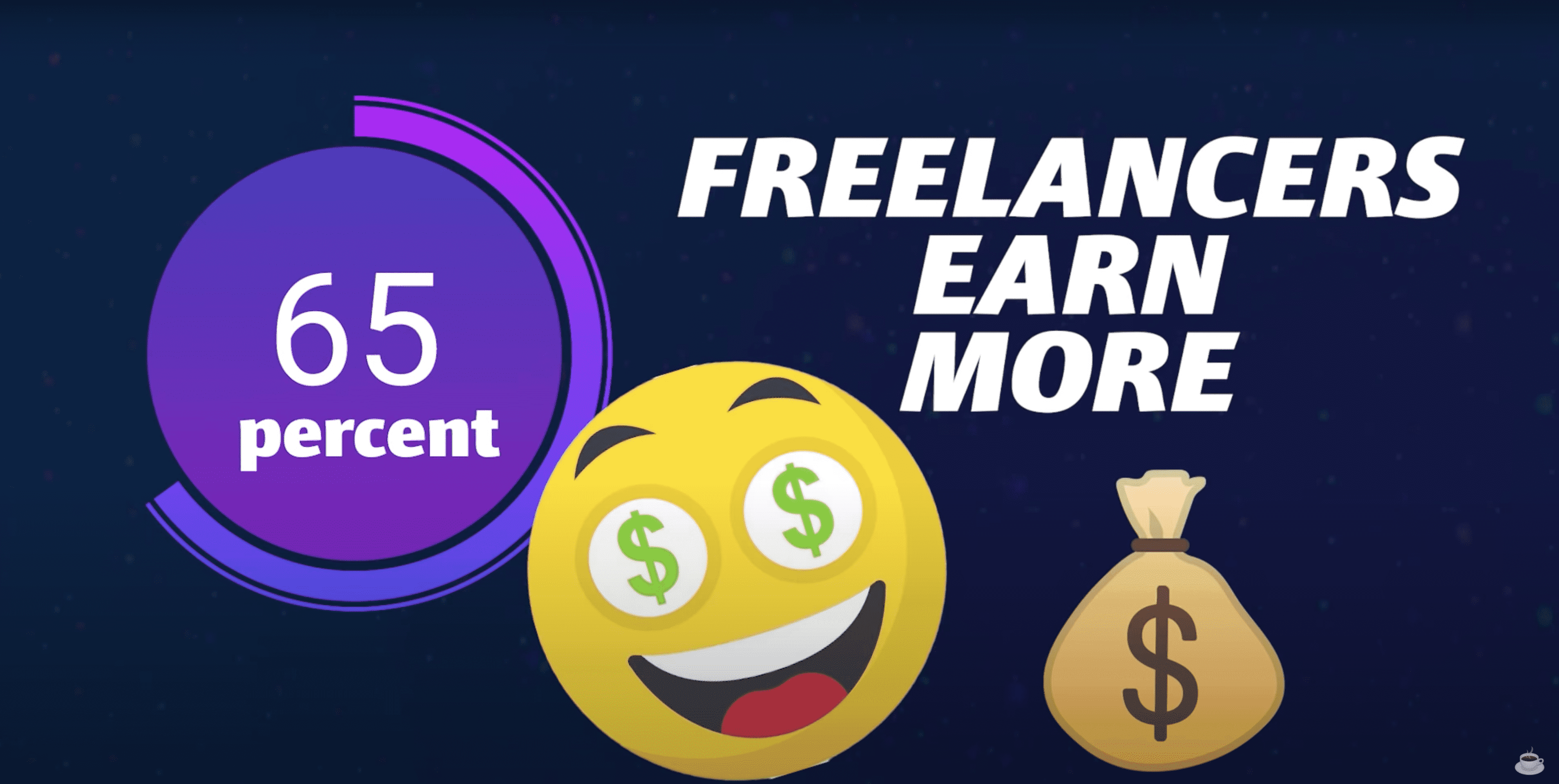 Why Freelancing Is The Future

In this article I'm going to cover some specific data about freelancers and freelancing in the years 2020 and 2021. We'll use this data to predict whether the trends are going to continue, and look into what the future of freelancing will be. I'll also talk about some qualitative factors that you might not be aware of that can also help us make these predictions and structure our own career paths.

So let's get into the first report, which is an objective study conducted by Upwork. To create this study, 6,000 people were surveyed. These were both freelance and non-freelance workers at various skill levels.

We can categorize workers into into two different classifications: skilled, something like software development or design, and unskilled, which are more simple tasks like data entry.

How should you reach your clients?

A question I get a lot is: should you try to go directly to your potential clients, or should you use a platform like Upwork or Fiverr?

And according to this survey, 91% of existing freelancers recommended new freelancers to start out with platforms. I always say platforms are kind of like freelancing with training wheels. They take care of a lot of the variables and complexity.

However, the rates on these platforms can be a bit lower and there are additional rules you have to follow. So there are tradeoffs. But when starting out, they are a really great option, and 91% of freelancers agree with me on that.

Let's talk about a big concern a lot of people have when freelancing: job stability. You might be surprised that the number of people who freelanced during covid stayed the same as the year before, at 36%. Before the crisis, a lot of people would've told you that a full-time job was more stable, but I think fewer and fewer people are taking that as gospel.

As you know, untold numbers of people were laid off in 2020. In other words, having greater autonomy over your income actually allows you to stay in control.

Speaking of income, another common concern is that people will leave their job and end up making less in freelancing. But it turns out that 65 percent of people who leave end up making more. And after leaving, a full 60% of the people surveyed said they would never go back to a traditional full-time job for any amount of money. So clearly, they value their freedom in freelancing.

The last thing I'll say about money is that one in five freelancers makes over a hundred thousand a year. Keep in mind this includes skilled and unskilled freelancers across all different professions, and software developers have among the highest average incomes.

We've looked at some numbers, which you can draw your own conclusions from. Now I'm going to talk about some qualitative data: walking through, logically, why freelancing might dominate more and more in the coming years, and how you can use that fact to your advantage.

I am going to inject some opinion here, but keep in mind that I've done freelancing from both sides. I've freelanced a lot and have hired many different kinds of freelancers to do work for me on various projects.

The first thing that hiring a freelancer allows you to do is find various experts in niche topics. What I mean is, if I were to hire a full-time employee, they might be a designer with a specific specialty, but if I need, for example, an infographic pdf made, I could go directly to an expert who only does infographic pdfs all day. Now I don't have enough infographic jobs to hire this guy full time, but I'm able to hire him for just one job and get exactly what I need. This is a cool aspect from both sides because you can be that expert, getting hired and paid directly, and if you're hiring, you can also find that expert.

Paying a Freelancer vs a Full-Time Employee

The next two-sided advantage is the pay. There are a lot of regulations around hiring a full-time employee. You have to give them insurance, certain benefits, and follow the correct tax structure. There's actually a two-sided benefit here to freelancing.

How exactly is that possible?  First, the money that might have been allocated towards those benefits can just be converted into raw salary. This is the case in San Francisco, where contractors will actually make more per hour than the full-time employees at tech companies.

Beyond that, when a company hires a full-time employee, they become a large fixed expense. They have to pay their salary no matter what, and for that job security reason, the company will offer them a bit less. Similar to how a longer-term loan, like a mortgage, offers a lower interest rate.

Since a freelancer is more of a variable cost, they're usually going to command a higher rate per hour, even though they're getting paid less by each company over the long term.

Even though, on paper, you have less job security as a freelancer, these economics make it a win-win.

Put yourself in the shoes of a company from a quality perspective. When you hire someone, you're making an educated guess that they're going to be a good worker. You're really hoping for that because it can be quite hard to get rid of people, especially after spending time and money to train them. It's a big risk on the employer's part, but imagine you can start someone as a freelancer. It's low commitment and if they're really good you can convert them to full time. When you think about it, there's actually no reason not to do that. You can still bring them in, but with much lower risk.

Finally, here's an obvious one. Teams are remote. When you have full-time employees, you want to bring them all under one roof, you have this company culture you're trying to build.

Of course, there's a ton more we can get into, like the fact that there are overseas restrictions with full-time employees, but not with freelancers.

The list goes on but we'll wrap it up there. The point is, there is an asymmetric upside with a lot of factors driving the freelance movement forward. And not too many factors against.

Anyway, it's become my mission to promote freelancing as a means to make people more self-sufficient. When freelancing, you are in charge of your income, your location and your career in general.

I hope you learned something from this video, or at least got a little bit more motivated to try out freelancing.