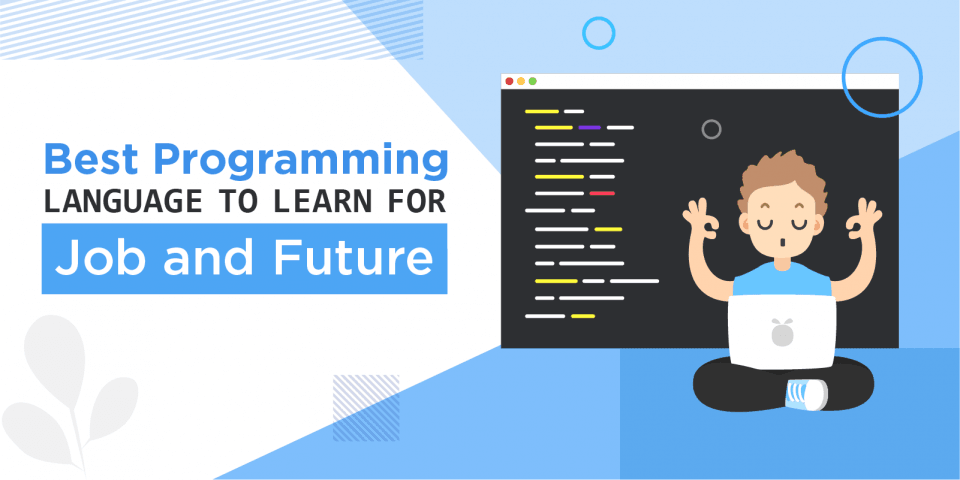 The top 5 programming languages in 2021

Then I gave every language a score and ranked them relative to each other. From my ranking you'll know where to focus your attention.

But first, let me tell you how I created this score. By the way my name is Aaron Jack and I have one mission—to get you a job as a remote software developer.

To get an idea of demand for freelance developers, I did a something similar, where I went to UpWork. I searched for language space developer; this will give us a number for freelance jobs that we can compare in relative terms.

For number of resources, I went to a programmer's best friend, Stack Overflow, and searched for the tag of a given language. The answer count gives us an idea of how many different situations are covered. Let's say you're googling to do a specific thing in that language: how likely is it that that question is going to be answered?

For the popularity score I looked at the Stack Overflow developer survey for the past three years. This includes a ton of questions, but I focused on just one: What languages do you use at work? We get a percentage from this. That is the percent of people who said "yes, I use this language" in a given year. We have this for three years, which shows us a trend that we can use to predict the usefulness of a language in 2021 and beyond.

C++ is a low-level programming language with memory management. C++ is a super-set of C, so it's like C with more features, and it's also the best performing, or fastest, programming language. This means it's written for software where every millisecond counts.

It's used for high-frequency stock trading and other low-level embedded systems where hardware is a constraint. Overall, C++ had the second-fewest jobs on indeed.com: 10,000 jobs.

But these numbers aren't terrible, keep in mind this is the top six of all programming languages out there.

Looking at all three years, use went down slightly in 2019, but has been flat in 2020, so the current trend has it likely to stay about the same.

C# is another C family language with a lot in common with C++. Both C++ and C# are very commonly used with the microsoft.net framework. It's used a lot in Windows development and enterprise software, on top of that.

You can use C# for unity game development and a variety of other different things. C# actually had double the indeed.com job count of C++ at 20,061 jobs

‍ But around the same for freelancing jobs, a low amount at only 68.

In fact, none of the C family languages seem very good for freelance work. C# also has double the Stack Overflow answers of C++ at 1.4 million, and about 10% more people use it at work, with that being 31.4% last year. The trend line has also been flat to a bit down.

PHP is notorious to a lot of people for being kind of a cumbersome language to use. But it's really not that much worse than any other language. PHP is kind of the traditional Back-end language of the Web, but has, in recent years, lost a bit of market share to Python and JavaScript.

That said, so much the Internet is still written in PHP that it's still a great choice to learn. So let's look at the numbers. The job count for PHP was actually the lowest of all at 5,200 on indeed.

But don't worry because the freelance count was at 406, which is the second-highest of all, which is what bumped it up into fourth place.

Now the real concerning part about PHP is it has been dropping each year in use, being all the way up at 30.7% back in 2018.

That said PHP, is so uncool it's almost become cool again, meaning so many people are focusing their attention elsewhere that you could carve yourself out a niche learning PHP in 2021/2022.

It might surprise people that it's not higher, but #3 is Python. A lot of people say Python is the best language to learn first because it has a pretty straightforward syntax that's very close to pseudocode. In other words, it hardly even looks like code.

Python is also extremely widely used for scripting data science and Back-end Web development. It's also popular for trendy machine learning and artificial intelligence. The super important part of Python is understanding the library ecosystem because there's a library for almost anything you want to do— it's part of the reason it's so popular.

Let's look at the data though and see why it's #3. The job count on indeed.com was 25,000, which is the highest we've seen so far, but it's still much lower than our TOP 2 programming languages.

The freelance count, however, is only 225, which is a bit lower than you would probably expect. The Stack Overflow answer count is average at 1.6 million, which is good but not the best.

Last year, 44% of people used Python at work, which is really really high, that's almost half of all developers, and the best part of all is the trend, which has been going up by a crazy 3% per year.

Java, like C# and C++, has strong typing, meaning every variable needs a type. It’s also compiled. These are two safeguards that prevent you from writing bad Java, and they also make it a great language for working in big teams, which is why it's the choice of many large companies. It also has fairly good performance, so can be effective in writing large Back-end applications.

Let's look at the numbers. First, the job count is the huge shocker because there are actually 34,738 Java developer jobs available.

The freelance count on UpWork is also, surprisingly, higher than Python, but still lower than PHP. Only 406 freelance jobs in Java. The Stack Overflow answer count, or number of resources available, is also second-highest at 1.7 million, and the number of people that used it at work in 2020 was 40.2%.

The main concern about Java is that some people say it's a dying language being slowly phased out and replaced by languages like Go. In 2018 45% of people used it, in  2019, 41% and in 2020, 40%. We can probably expect that trend to continue. But many large companies have all their code written in Java and it's going to be that way for a long time, so it's still very worth learning.

Before we talk about #1 here are some honorable mentions that didn't make the top six for one reason or another. These languages are C, Ruby, Golang, and Rust.

C is still great and rather popular but didn't quite make the top six. That said, if you know C++ you kind of already know C and its use cases, so you'd also qualify for those jobs.

As for Ruby, it's a very low market share these days and it's falling more and more each year.‍

Golang and Rust are kind of the opposite. They have low market share, but they are growing quite fast, at around 3%, like Python, per year. The problem with newer languages like Golang and Rust is there's a relatively low number of learning resources.  We can see that in the Stack Overflow answer count. They're also going to have a low number of libraries, which, trust me as someone who's learned Golang, can be a bit cumbersome

Finally, our #1 programming language, maybe to no one's surprise, is JavaScript. You can use JavaScript to do absolutely anything in 2020. There are so many reasons it's the best. I'm about to show you why, but first, what can JavaScript do? It's the go-to language for the Front-end: code that will run in the browser.

JavaScript is also the base of Front-end frameworks like React, Angular, Vue, and Svelte. Not only that, but JavaScript's used on the Back-end with the Node and Deno runtimes. It also rivals Python for having the best library ecosystem with the npm package manager, which you can use to download code or libraries to do pretty much anything you want.

Additionally JavaScript is the foundation for being a solid WordPress or Shopify developer, which you can learn with a bit of additional knowledge and practic. This opens up a huge new door for you.

So let’s actually dive into the numbers and look at job count, which is the second-highest after Java at 35,570. Now keep in mind this is just from searching JavaScript developer and not React developer, Angular developer, WordPress, or Shopify developer. But in theory, you could also include all of those into this number if you wanted to.

The freelance count is the highest, and it's not even close, at almost 700 jobs on UpWork. And again, that is just one freelance site.

Stack Overflow answers are also the highest at 2.1 million, which means anything you could possibly think of there's probably an answer for already. In 2020 a crazy 67.7% of developers said they use at least some JavaScript at work, which is two-thirds of all developers.

So you're almost certainly going to end up knowing at least a little bit of JavaScript in your developer career. As far as the trend line goes, it's gone slightly down, but the last two years it's at 0.1% change, so we can call it flat.

There you have it, the top programming languages for getting a job in 2021, backed up by data that I got today, on January 1st, 2021. Remember, my mission is to get you a job as a remote software developer. So stick around by hitting the button below if that's your goal.