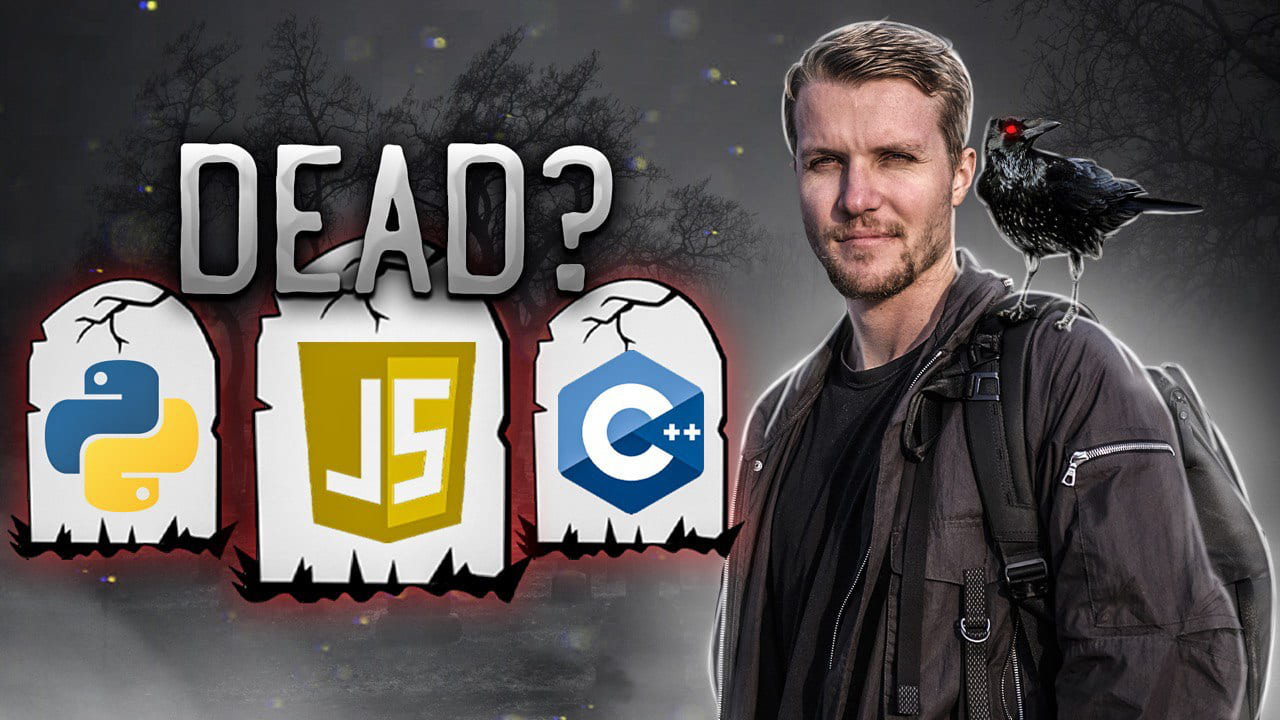 Coding Jobs Are Changing. Should You Be Worried?

A subscriber on my YouTube channel recently asked me if coding jobs are at risk because of platforms like Shopify, Wix, and Squarespace.

‍These platforms not only provide you with really nice templates and professional-looking websites, but also Back-ends that allow you to do a lot of customization and data storage as well.

It's a really good question, especially when you combine platforms like these with insane machine learning innovations that are actually coding for you. What's going to be left for developers to do in just a few years? Is it even still worth learning development at this point? I've got some pretty interesting thoughts on this and that's what we're going to talk about.

My name is Aaron Jack and my mission is to help you to become a remote developer, whether that's by inspiring you, showing you cool projects, or giving you tutorials.

The future of development: how is it going to change in the next 5 or 10 years?

To answer that question we can actually look at the past. There are some parallels between these modern no-code tools and instances in the past when new programming languages and frameworks came out. Bear with me here as I talk a little bit about the history of programming languages.

First, let talk about when Python first came out. You could now learn how to code in months and not years, like it took with earlier languages like C.

Regardless of if you knew how operating systems and memory management worked, when higher-level languages started gaining traction, you could get a script up and running in just an afternoon. So the barrier to entry was lower and you could now do a lot more in less time.

You would think that this would decrease the total number of developer jobs, but instead, something very interesting happened. It was kind of a chain reaction where companies could be more productive, so they could release new features and products faster.

Not only that, but this reduced overhead, meaning companies that previously could not even have an online presence could now be founded.

We saw more instances of this positive feedback loop with the framework revolution when Ruby on Rails first started becoming popular around 2007-2008. In just a few years, Twitter, Airbnb, Facebook, Dropbox, and Pinterest were all founded and a lot of them were built on Rails.

At this point in time, what it meant to be a developer also started to change, with more reliance on libraries and gluing them together with custom code, rather than just writing everything from scratch.  The reason I'm explaining this is that I think we're seeing the same thing with no-code tools: more companies overall being founded.

Companies were able to move faster and be more productive and as a result, once they had the revenue, they could bring on developers to do more customization and style changes, and just give themselves even more of an advantage. This should, at least somewhat, ease your fear about the job market and demand for developers.

You might also underestimate how lazy people are when it comes to learning technology tools from scratch.

Especially when they already have a business to run, and their website or e-commerce store is going to be supplementary to that.

My point is this: it's pretty much inevitable that what it means to be a developer is going to continue to change. If the trend continues, we're going to see more of a shift towards being a technology generalist: an alchemist who knows when to use "off-the-shelf" tools, and when to code custom solutions.

This means a shift away from just being a coding machine, like the Linux founder who coded the entire operating system in his basement.

Anyway, how can you front-run this trend and be a cutting-edge developer in the 2020s and beyond, rather than someone who's stuck in the past?

The generic advice would be never stop learning. But what I would actually say is familiarize yourself with these no-code tools so you understand where the boundaries and limitations are. We are already seeing an explosion of these platform jobs like Salesforce and Shopify developers, and it's just going to continue.

Because as good as these platforms are, they can't possibly cover all business use cases and integrations, especially the variety that large companies need. Remember, large companies have a lot of revenue to spend to get their system just right.

In summary, the developer of the future is going to have to have a broader toolkit than ever. It's not just going to be comprised of the hottest, newest language.

Because the market is more competitive than ever, it's likely going to involve a combination of code and no-code tools. And if it means getting a prototype out before your competitor, that's something that companies are increasingly going to value. Also, The fact that people are getting more technologically savvy means they're going to want training to do things themselves. So don't underestimate the support component of the things you build.

Whether you're just starting out or you're already an experienced developer, I hope my thoughts gave you some interesting things to think about. Because as someone who helps people learn this stuff, I think about the future of development a lot.

Finally, my freelance developer Bootcamp and community actually cover all the newest changes in development.

If you want to be a developer or freelancer, you can join our community where we teach you programming and no-code tools that are popular right now.

If you are interested or you need more information, just click on the button below to book a free call with me and I'll give you answers to any questions about it.